Ketamine: The Most Significant New Tool In Psychiatry For Treating Depression, PTSD, Anxiety 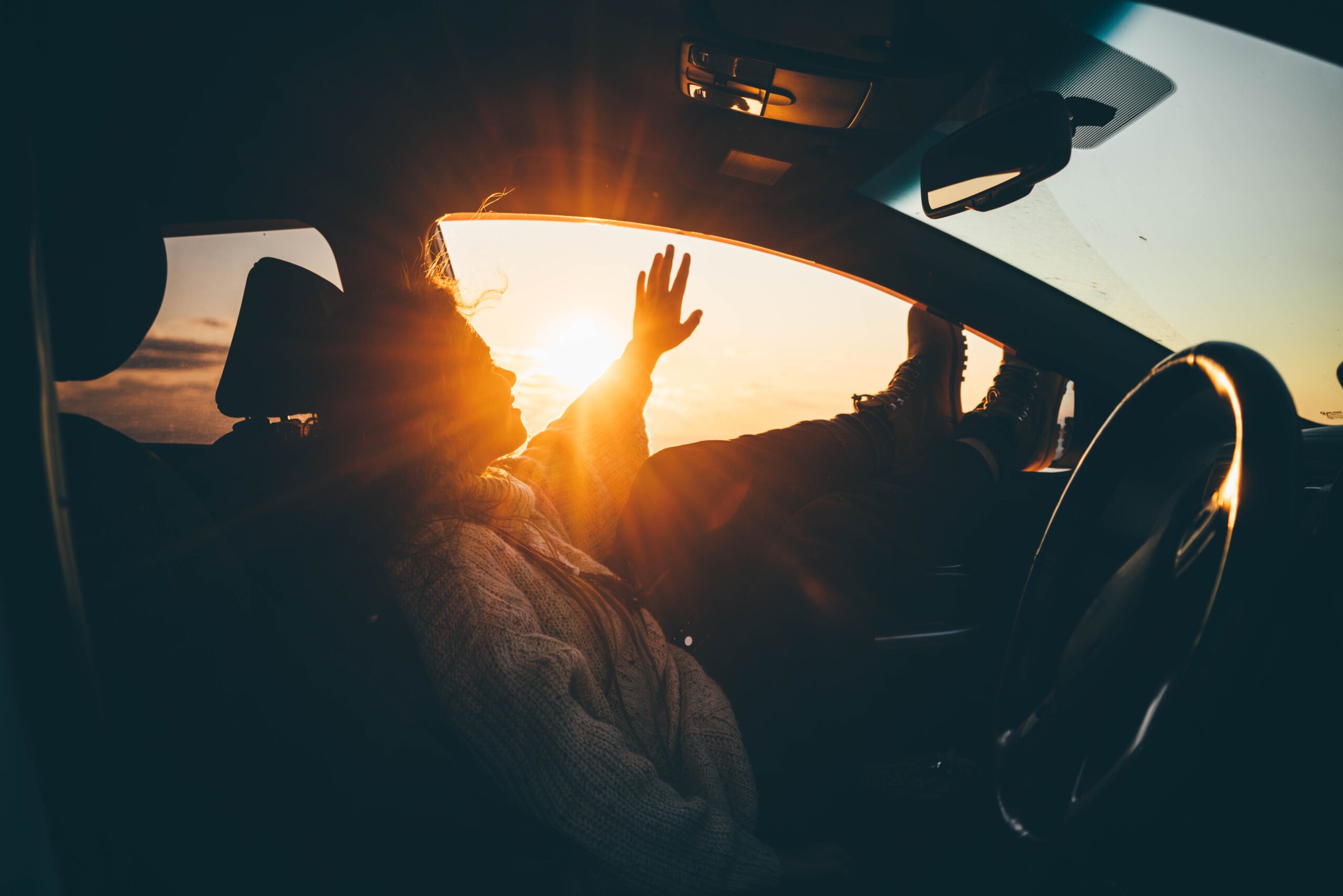 Ketamine: The Most Significant New Tool In Psychiatry For Treating Depression, PTSD, Anxiety

“It has helped me. It’s monumental. It’s saved my life,” he said.

Researchers are calling ketamine the “most significant new development in psychiatry” given its high efficacy for treating major depressive disorder (MDD). According to Psychiatry Advisor, researchers are exploring ketamine’s role in revolutionizing the mental health treatment landscape.

In a 2000 study, researchers found that ketamine had strong, fast-acting, and long-term effects in depressed patients. In a randomized, placebo-controlled, crossover design study, patients with depression received 0.5 mg/kg of ketamine or saline on the first day of testing. Treatments were switched 1 week later. Researchers found that the antidepressant effects of ketamine began within 4 hours, peaked at 72 hours, and lasted for 1 to 2 weeks thereafter. This finding was replicated in a 2006 study of 18 patients with major depressive disorder (MDD) who also had treatment resistant depression (TRD). When compared with participants who received the placebo, those who received ketamine showed significant improvement in symptoms within 110 minutes, with 35% maintaining significant response for at least one week.

Hedrick says he started experiencing depression and later PTSD as a medic in the air force.

“I volunteered to die you know, but we are looking at six suicide attempts here. I’m not proud of that.”

Doctors tried everything to help him, Hedrick said.

“Every medication trial that you can think of. I’ve been through ECTs or shock treatments, if you want to call it that. I’ve had an implant in my chest. It’s a vagus nerve stimulator. It’s an implantation that takes a wire going up to the vagus nerve, goes up into the middle of the brain and they thought it would help with brain chemicals regulating me. You know, it didn’t work.”

So, he decided to try a ketamine, a new treatment for depression, anxiety, and post-traumatic stress disorder (PTSD).

According to the study published in Drug Discovery Today, “a single dose of ketamine is shown to produce rapid and robust effects within hours to days of administration. Ketamine is also shown to rapidly reduce suicidal ideation, fatigue, and anhedonia, and improve circadian rhythm and sleep patterns in major depressive disorder.”

Ketamine was approved in 1970 by the US Food and Drug Administration (FDA) as an anesthetic and safe alternative to phencyclidine. The therapeutic benefits of ketamine as an antidepressant weren’t discovered until years later due to the negative reputation it gained as a result of widespread recreational use during the late 1960s and 1970s.

Since 2006, results from a number of additional studies indicate that ketamine is effective and long-acting in treatment of bipolar disorder and treatment-resistant major depressive disorder and produces anti-suicidal effects in mood disorder patients.

According to Psychiatry Advisor, studies have shown that in addition to depression, ketamine may also be a promising treatment for obsessive-compulsive disorder, post-traumatic stress disorder (PTSD), and a number of other neuropsychiatric disorders.

Kimball Gardner, prevention program director at the National Alliance on Mental Health’s (NAMI) Utah chapter says many people with depression don’t think they need help. He finds that concerning, especially for those in rural regions of Utah with limited access to mental health care and high rates of gun ownership.

“We are a culture of pick yourself up by your bootstraps and you can do this alone,” Gardner said. “It’s kind of a cultural thing that we can just tough this out.”

Gardner learned from his own experience that you can’t hope to get better by ignoring your mental health. He was a successful trial lawyer specializing in personal injury law and criminal defense. He was used to others approaching him when they needed help, not the other way around.

But at one point, despite career success, depression and anxiety left him in a dark place. He ultimately reached out to colleagues for help.

Seeking help and admitting he had depression was a relief, he said. He has how developed skills to manage his own well-being.

“It is not unmanly, a failure, or laziness,” Gardner said. “It’s a real wonderful thing to send a message to others: Don’t wait. Don’t try to tough it out.”

Nationwide, rates of depression are rising. An estimated 7.1 percent of U.S. adults experienced at least one episode of major depression in 2017, according to the National Institutes of Mental Health.

Young adults had the highest rate, and about one in six Americans were found to have experienced depression during their lifetime.

Many of today’s depression treatments include monoamine oxidase inhibitors, tricyclic antidepressants, selective serotonin reuptake inhibitors, and serotonin-norepinephrine reuptake inhibitors. These treatments have been proven effective for a large number of patients. However, a significant number of patients with major depressive disorder (MDD) do not respond to these treatments. And when compared with ketamine, these drugs have a delayed onset of action that can take up to several weeks — increasing the risk for suicide.

Researchers say that the recent FDA approval of intranasal ketamine represents a major breakthrough in psychiatry and that advances in ketamine or ketamine-like treatments may greatly improve the quality of life for patients with depression who do not respond to current treatments.

Taryn Aiken Hiatt insisted on telling the whole story when it comes to her father’s mental health struggles. She shared her story with USA Today in December 2018.

Terry Aiken battled anxiety and depression for years. He was in constant, grueling pain from the effects of 22 surgeries and, at times, unemployed.

He didn’t receive consistent therapy. Like many men in Utah, Terry kept his mental health struggles to himself.

After his death Hiatt began a career as an advocate – and decided to begin with her own family.

She insisted they speak candidly about what caused his death.

“We’re going to talk openly about what his experience was, because he was shamed,” Hiatt said.

More than 15 years later, leaders and advocates are still trying to combat the stigma of mental illness in a state that values self-reliance and independence.

Many in westerns states like Utah don’t seek help when they desperately need it, and those who live in rural Western areas find access to care difficult when they decide to reach out.

According to researchers at the University of Washington’s Institute for Health Metrics and Evaluation, Utah held the nation’s highest rate of major depression in 2017. And western neighbors Idaho, Wyoming, New Mexico, Montana, Arizona, and Nevada also rank in the top 10.

The World Health Organization ranks depression as the top cause of disability worldwide, and a major contributor to burden of disease. People suffering from diabetes, cancer, heart disease, stroke, and Parkinson’s disease are more susceptible to depression—and depression can make these conditions worse.

Depression also takes its toll financially. In 2015, the economic burden of depression in the United States soared to more than $210 billion in medical, workplace, and other costs.

Major depressive disorder (MDD) is diagnosed when a person feels depressed or experiences a loss of interest or pleasure that lasts at least two weeks. Individuals may have trouble sleeping, experience a lack of energy, or have trouble concentrating and eating. Women are more likely than men to suffer depression.

The reasons for depression are complex and not fully understood. Advocates and researchers say risk factors such as genetics, brain makeup, or childhood trauma can be defining factors. And they’re not certain why depression is increasing, particularly among adolescents and young adults.

“We are somewhat more willing to talk about our emotional state,” said Dr. Philip Muskin, a professor of psychiatry at New York Presbyterian/Columbia University Medical Center. “That’s not true across the board, but I think there is more willingness to admit this and somewhat less stigma than there was 40 or 50 years ago.”

But access to care remains a difficult challenge for many.

According to the advocacy group Mental Health America, about 56 percent of adults with mental illness do not get treatment. The reasons for non-treatment? A lack of or limited insurance coverage, absence of mental-health providers, and a lack of treatment options.

In a January 2020 article in Fortune magazine, bestselling author and podcast host Tim Ferriss says the need for a change in approach is clear. “Mental illness” encompasses an incredibly large grab bag of disorders, but all together, it exacts a huge toll on society.

The National Institute of Mental Health claims nearly one in five U.S. adults lives with some form of it. There’s a death by suicide in the U.S. every 40 seconds—which includes 20 veterans a day, according to the U.S. Department of Veterans Affairs. Almost 21 million Americans have at least one addiction, according to the U.S. Surgeon General, and the spiral continues downward.

The Lancet Commission—a group of experts in neuroscience, psychiatry, and public health—estimates that the cost of mental disorders, including lost productivity, will reach $16 trillion worldwide by 2030. And yet, in 2017, antidepressant medication sales surpassed $14 billion. Apparently, SSRIs—the antidepressant drugs that boost the level of serotonin in the brain—are not fully addressing the crisis. They can take up to months to become effective and the first prescription only works 30 percent of the time. Up to 15 percent of benzodiazepine users become addicted, and adults on antidepressants are 2.5 times as likely to attempt suicide.

As a bestselling author and successful investor, Ferriss is working to help reverse this trend. He has become a strong advocate in the movement to advance drugs like ketamine to combat a growing number of psychiatric afflictions, including OCD and PTSD, opioid addiction, alcoholism, eating disorders, cluster headaches, and suicidal ideation. Ferriss says he’s donated more than $3 million to support mental health science and contributed substantially to create the Johns Hopkins Center for Psychedelic and Consciousness Research, the first U.S. research center of its kind.

According to the National Center of Biotechnical Information, ketamine is becoming a widely accepted tool to provide relief for treatment-resistant major depressive disorder (MDD) because of the rapid onset of efficacy. Ketamine treatment may work especially well among patients who are resistant to other forms of treatment like anti-depressants and cognitive therapy. Ketamine is a safe treatment to reset brain circuitry and has been used as a painkiller for more than 50 years. Ketamine is effective when administered in a controlled setting and as part of a medically recommended treatment plan.

Glutamate regulates large regions of the nervous systems and is the most prominent neurotransmitter in the brain. When glutamate receptors are over-activated, as in cases of major depressive disorder (MDD) and post-traumatic stress disorder (PTSD), a person may experience depression and anxiety. Ketamine works by blocking glutamine receptors in the brain. Ketamine infusion therapy works by enhancing synaptic connectivity in brain circuitry, which may provide relief from depression and anxiety symptoms. Because glutamate synapses play a critical role in the brain, it is possible that the use of ketamine may enhance synaptic connectivity in brain circuits, ultimately relieving, and even reversing, the effects of stress. ³

Ketamine infusion therapy at Therapy Reset uses a safe protocol with low doses given by licensed medical personnel. Each patient is carefully monitored to ensure safe delivery. Ketamine Infusion therapy is available in Ogden, Utah and can be used to treat a variety of medical conditions, including PTSD, depression, anxiety, and others.

Visit https://www.therapyreset.com for more information about ketamine infusion therapy or visit our office in Ogden, Utah to schedule a free consultation with our licensed doctors. Therapy Reset serves all of Utah, Idaho, Wyoming and Montana, including the cities of Ogden, Layton, Kaysville, Brigham City, Logan, Clearfield, Syracuse, Roy, Centerville, and Farmington.